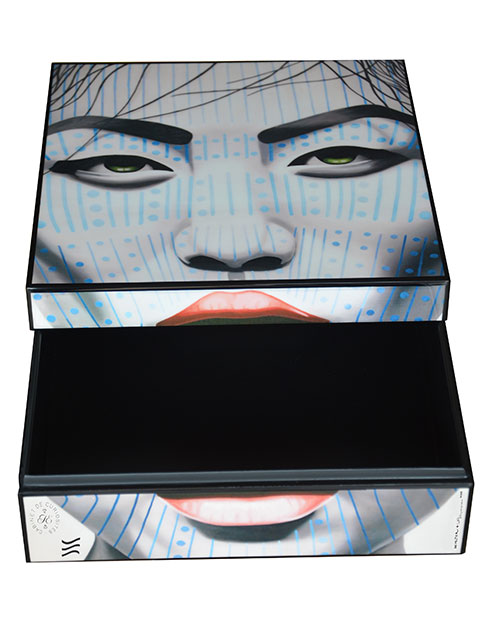 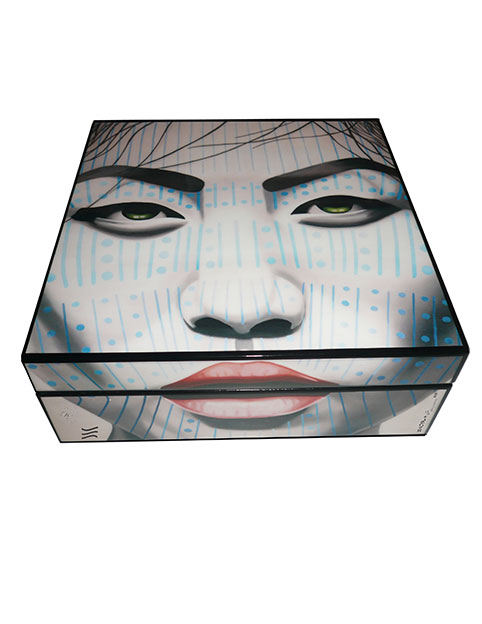 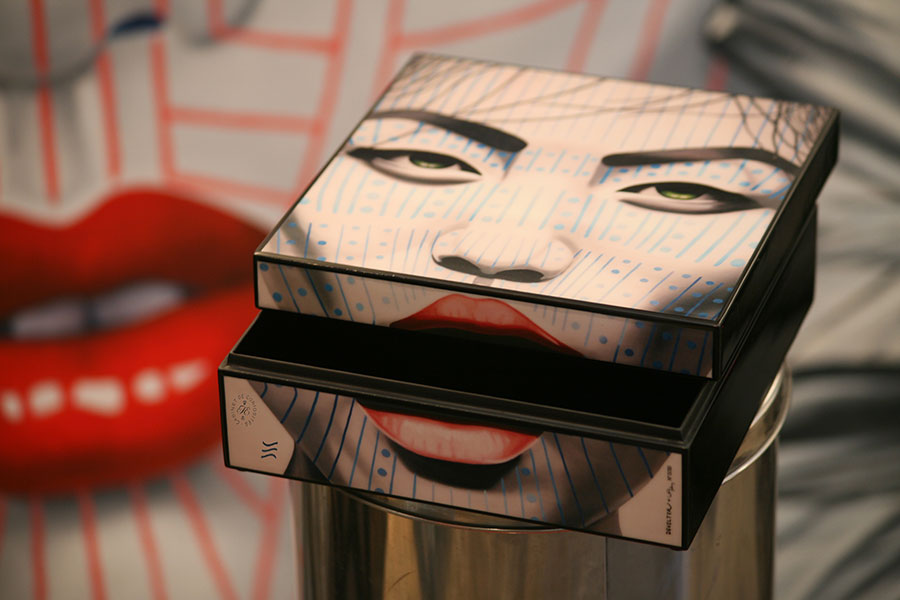 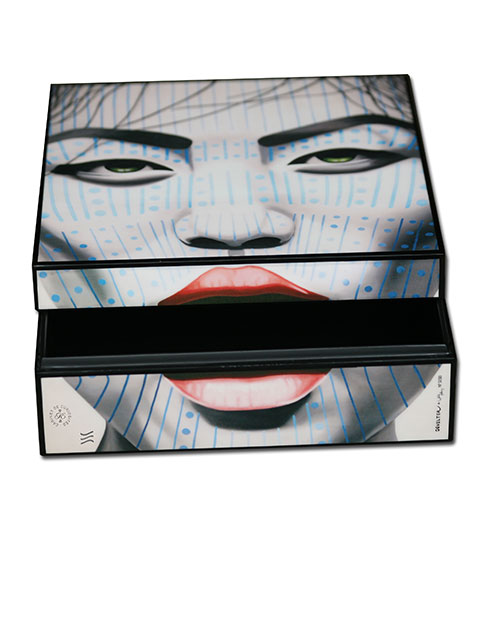 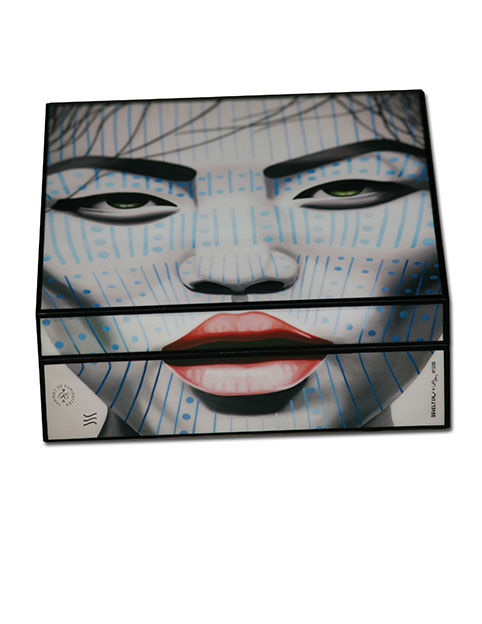 Google “Christian Develter” and you’ll get faces – lots of them. Perfectly symmetrical faces covered in webs of multiplex pat- terns, their gazes eerily arresting. This is the artist’s Chin Urban and Tribal series, shedding light on the Chin tribeswomen living in the jungles of northwestern Myanmar; women, young and old, who wear their ancestry, marital status and social ranking on their faces in the guise of thorn-etched and blood-inked tattoos. In his paintings, Develter transposes these intricate symbols by hand onto the visages of urban Asian beauties, and in doing so, has created his own dialogue between past and present cultures.

Develter has paired up with Frédéric Escudier of Wa gallery and Cambolac, a non-profit Cambodian lacquer ware company working with poor and hearing-impaired young adults, to put forth a lacquered box. Crafted from Vietnamese plywood, the box’s black facades comprise of six layers of polycashew oil lacquer, applied using an ancient Vietnamese technique. The first three layers have been hand-painted and dry-sanded, the latter three gun-sprayed and wet-sanded. Paint Suki, a refined polycashew oil from Japan, was used on the final layer before it was waxed for shine. The image facades feature a unique piece Chin portrait covered in six layers of clear coat. Each box has been hand-assembled in the Cambolac workshop – it took an average 40 days to complete each one of them.