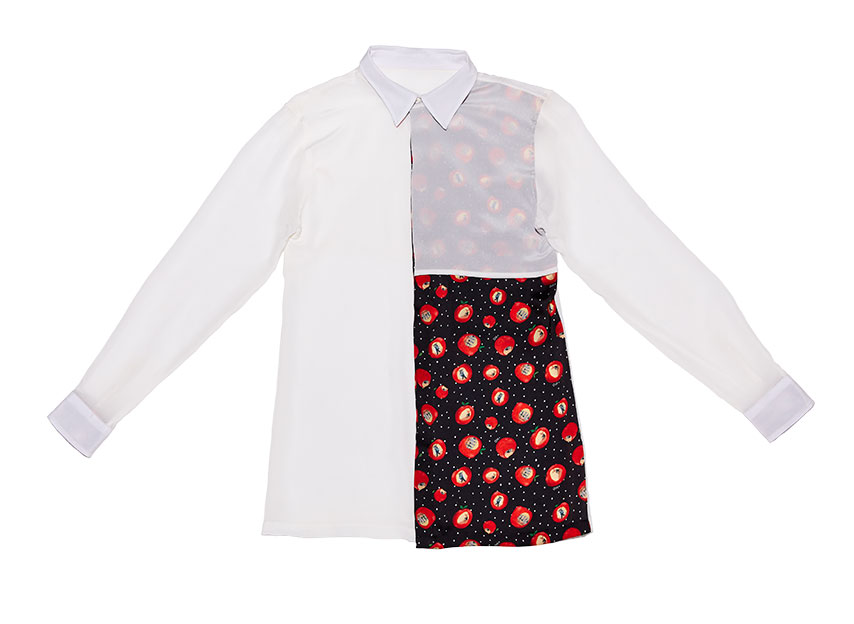 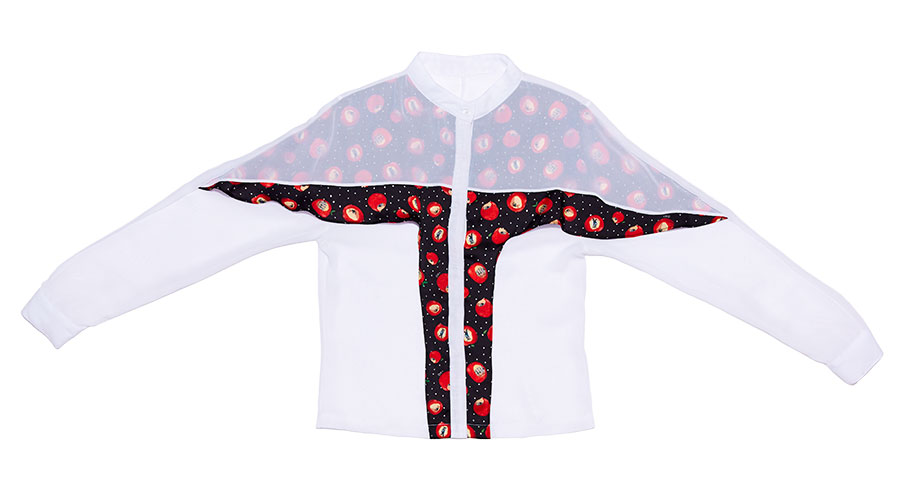 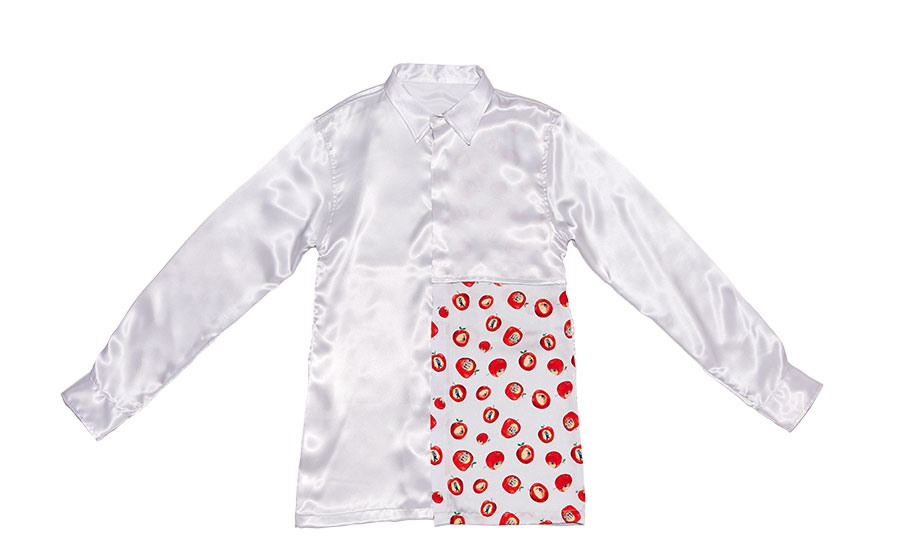 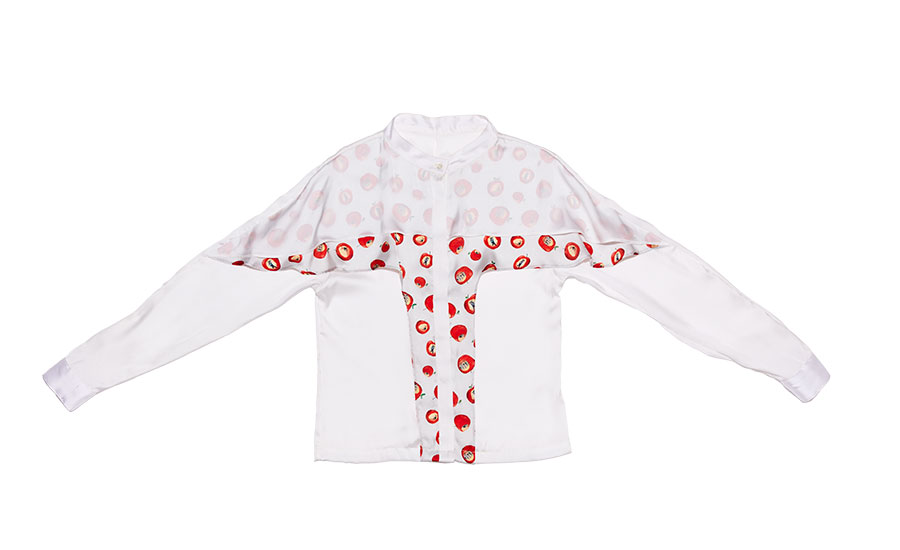 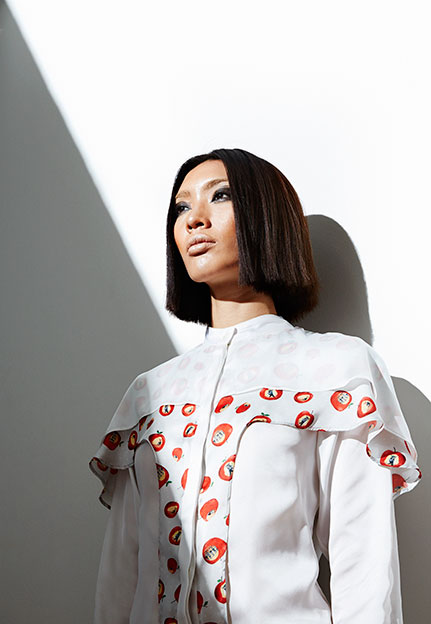 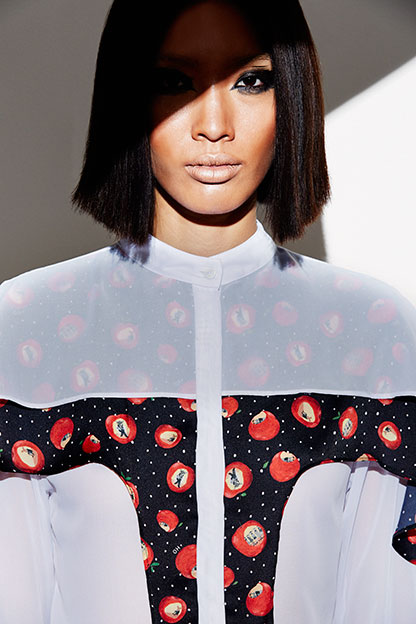 Zurich-born, Berlin- and Bangkok-based Laend Phuengkit may be new to the scene, but his designs have already earned him a Swiss Design Award in 2011 and a showing at Berlin’s Mercedes Benz Fashion Days in 2012. The designer’s unabashed use of traditional Thai and Asian-influenced colours, draping and prints, coupled with his dynamic pattern-making, gives rise to boldly proportioned garments with a demi-couture slant. Hide and Seek marks Phuengkit’s return to his native Bangkok and is, aptly enough, his first collaboration with an Asian artist, Oh Futon. A wearable commentary on human emotions, his shirts invite us to take a closer look and see the stories behind the person.

Each shirt features a printed panel, only partially exposed, the rest concealed under a silk veil, mirroring the hidden parts of its wearer’s psyche. Indeed, upon closer inspection, one can fully appreciate Oh’s miniature illustrations: various apples inhabited by humans in animal masks, emotionless, their true identity hidden from the world and each other. Every apple starts a narrative; it is up to the viewer to infer the rest. Seven shirts in seven different colourways have been created in two cuttings. The women’s “Jacky” is made from a delicate Thai silk-satin, while the men’s “ken” is cut from a poplin silk-cotton. A discreet garment that speaks volumes, you’ll want one for every day of the week.