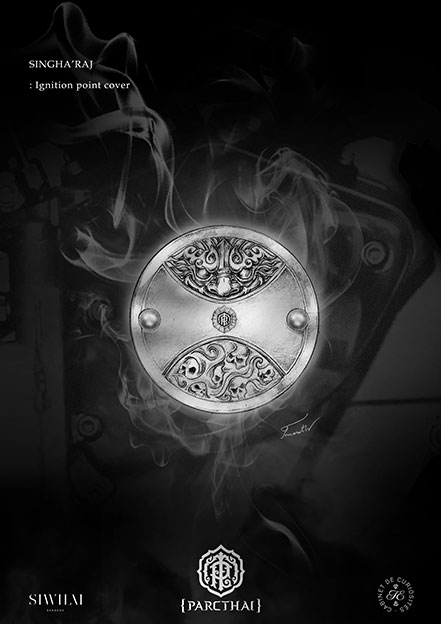 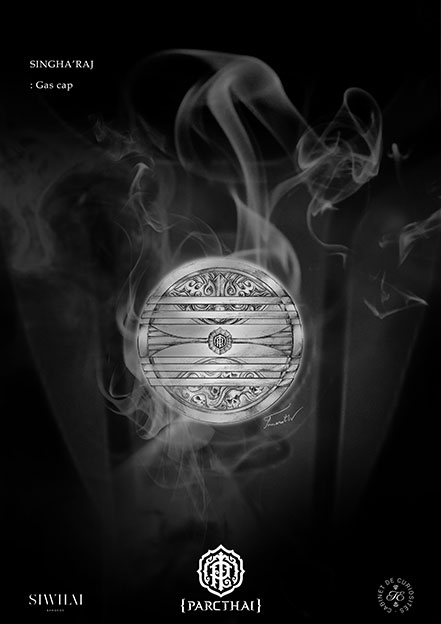 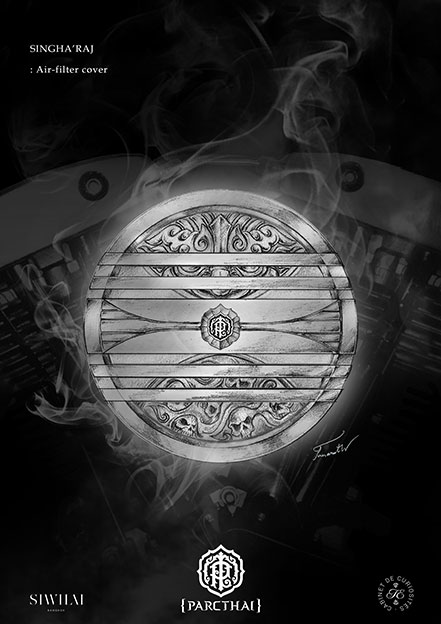 Man’s belief in the supernatural inevitably leads to his desire to both celebrate it and control it. Tanarat “Del” Wongmasa’s jewellery line, Parcthai, meaning “dubbed in Thai,” explores this idea of faith and its central role in modern Thai society. His sterling silver hardware is a combination of folkloric iconography and old-world engravery, infused with a unique edge that stems from the designer’s personal affinity with motorcycle culture. Parcthai’s mascot is the Singha, a mythological lion symbolizing strength and power.

Here, Wongmasa’s self-coined Singha’raj denotes a demi-god who, in death, achieves immortality: “A creature so dominant, proud and belligerent; the lord of the dead that rages on into the gates of heavens.” This set of motorcycle accessories is as such a tribute to invincibility, a nod to the “Ride or Die” bike gang mantra. Wongmasa has chosen four Harley Davidson parts to be his metal canvas. Each piece has been handcrafted from billet aluminum and adorned in intricate, hand-carved sterling silver depictions of the Singha conquering a river of skulls. A fifth item, a ring, portrays a similar motif, albeit carved from 18 karat white gold. Separating the Singha from the skulls is a passage of diamonds, the largest measuring 3.5 carats; etched on opposing sides are a skull and Singha insignia. A creation of supernatural beauty, no matter what you believe in.