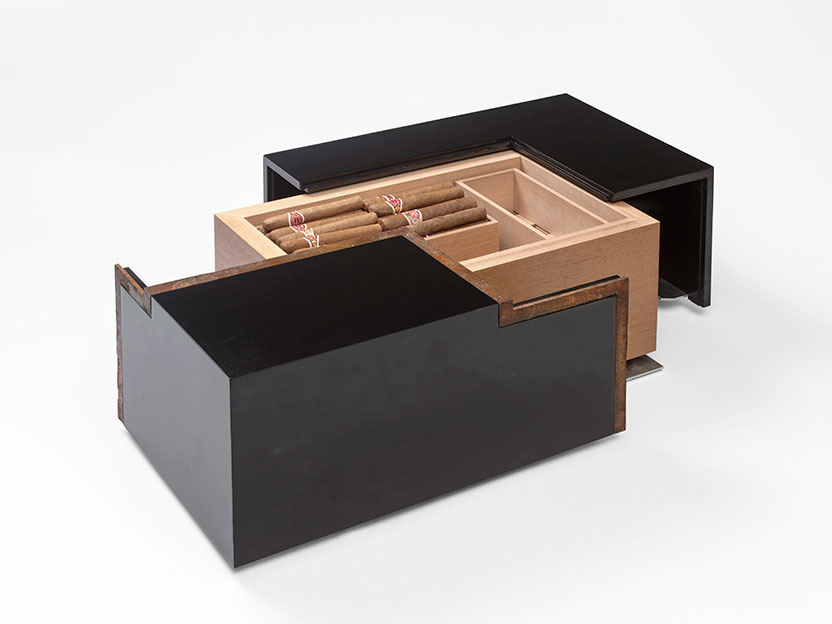 Constantin Laan creates intricate, bespoke cabinetry and decorative furniture from an atelier hidden away in the 11th district of Paris. Obsessed with materials, he transforms a myriad of precious timbers into elaborate desks, wardrobes, bars, and other functional works of art, with a fascination for 18th century mechanical furniture and their minute inner workings informing his own modular designs. Though he considers himself an autodidact who relies on intuition, Laan acquired his technical competencies in a workshop with a “Compagnon du Tour de France”, gaining experience crafting replicas of classical French designs before setting out on his own. Today he channels his own artistic prowess into modernist creations inflected with the balanced sensibilities of oriental and Latin aesthetics.

A cigar enthusiast himself, Laan has conceived a unique cigar humidor utilising his own exacting cabinetry science, which features a magic opening system that slides apart simultaneously on the diagonal to reveal its precious contents. Crafted in aromatic cedera odorata wood with a black lacquered exterior set with a bronze frame, the humidor holds one hundred cigars in its main compartment, with two extra drawers for matches, a cigar cutter and whatever else you may fancy. “It is about a moment of discovery” explains Laan, “Anyone who encounters this humidor is invited to open it, but they have to work out how!”